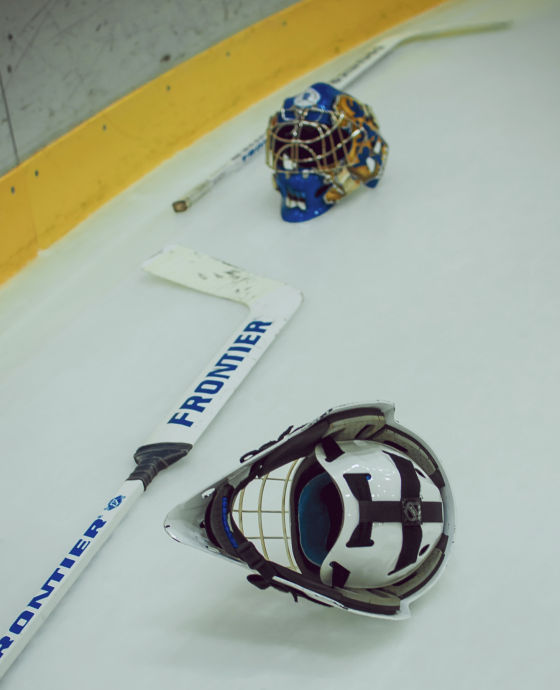 For today Frontier Hockey best-sellers are goalie sticks produced in our own production unit. Years' long investigations, experiments, continuous feedback from goalies and hard work have paid off so today Frontier goalie sticks are considered to be one of the best of its kind in the whole world by their quality and performance features. Frontier goalie sticks are used by more than 500 professional goalies throughout Europe, Scandinavia, Russia and North America. Since 2006 as an official IIHF Supplier Pool member Frontier Hockey sticks are used in World Championships and Olympic Games.

From Frontier Hockey´s wide selection of player sticks, a perfect hockey stick for every level of players can be found regardless the age or skills: from the lightweight true one piece twig F17.0 till the durable plywood stick FRONTIER 1500 for kids. FRONTIER wooden sticks, replacement blades and shafts are known for their resistance and are good choice to play on pond ice, concrete or asphalt. FRONTIER composite sticks are divided in three major groups starting from the demanding pro level sticks and ending with semi-pro and hobby level sticks.

Thank your for your trust to us!